The Hierarchy of Psychological Development

The Hierarchy of Psychological Development:
The transition from the false self (the ego, image, or trauma-induced identity) to Our True Self 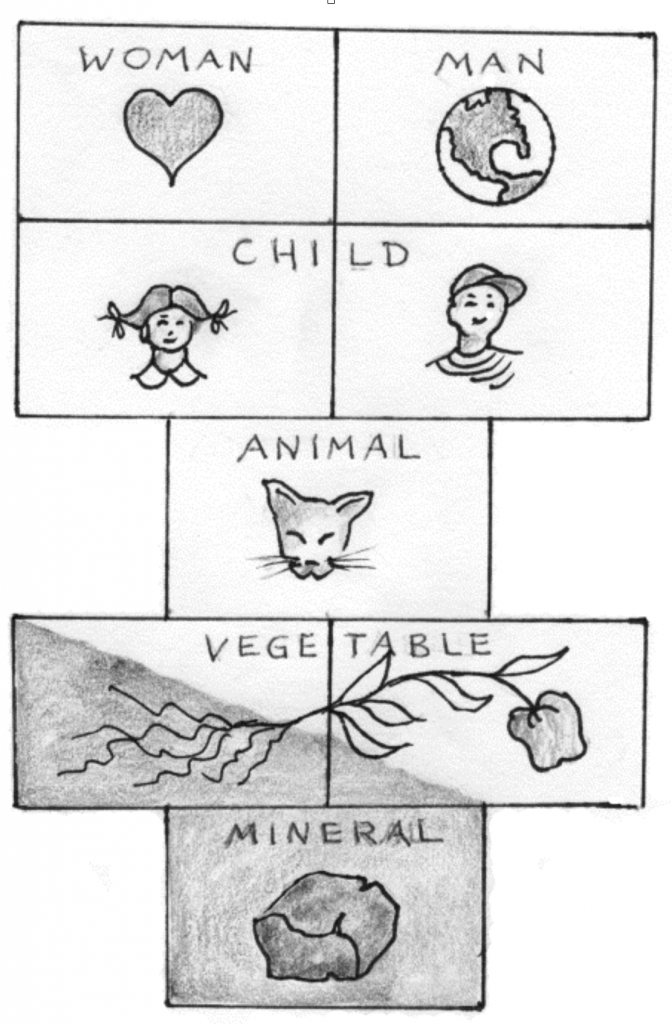 Traumatic experiences when we are young divert us from the natural cumulative course of psychological growth, from infancy to adulthood. The more trauma we endure, the more we numb or hide away the human qualities that have experienced the trauma and felt the pain of their impacts. We lose our humanity as a result, descending the evolutionary ladder. For example, if our animal body motivates the majority of our decisions, we are in the Animal Stage. When the ups and downs of our environments control our lives, we function like a Vegetable. When we have evacuated so completely from our humanness that we no longer grow, change, or have choice, we exist as a Mineral. Minerals fiercely defend against their humanness or violently attack it, having concluded that it is to blame for our pain. 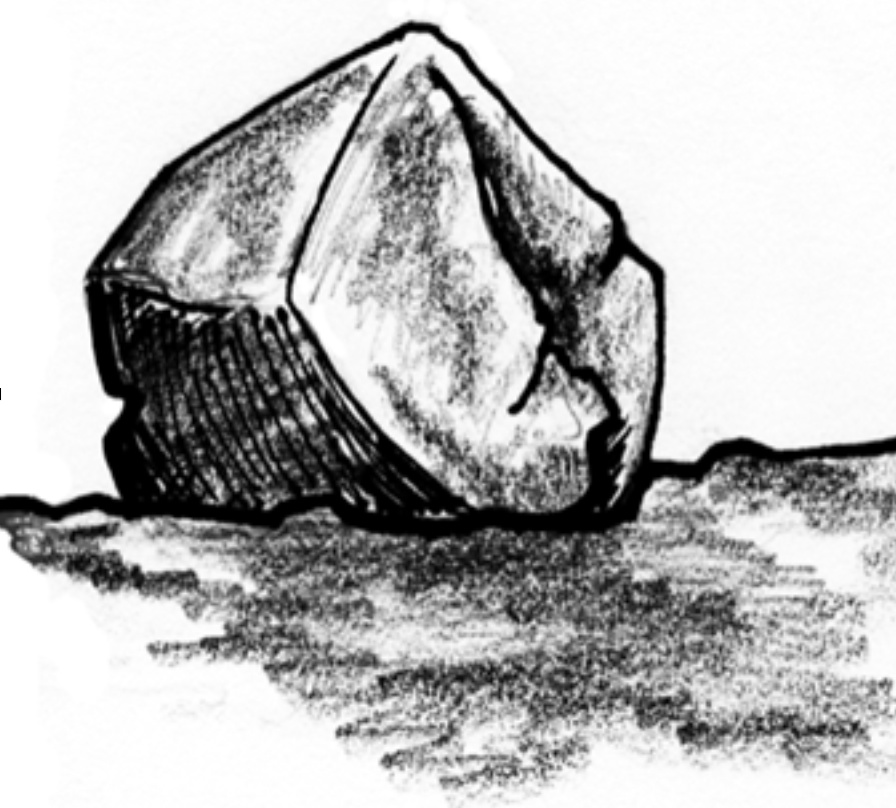 Focus—”MY” WAY! Theme—”There is no choice.” Someone who has been chronically traumatized beyond his ability to cope succumbs to this inanimate psychological stage. The grossly distorted inhuman identity that was FORCED upon him by his violent environments, the Mineral accepts as his own. As if his life were at stake, he fiercely adheres to the concocted storyline that his childhood caretakers with extreme post-traumatic stress demanded of him. Any “thoughts” and “feelings” a Mineral-stager might experience inside himself have been “programmed” or indoctrinated into him by other Minerals. The barely alive human psyche inside each Mineral, frozen in traumatic shock, automatically re-creates every trauma. He thereby forges endless hardships for himself and others.

The Mundaneness and Meanness of the Mineral
(Although every Mineral has both of these traits, he often is not aware that he does!): Rocky is an example of someone stuck in the Mineral stage. He gets up at the same time every morning. On weekdays, he drives the same route to work to the same job he’s had for thirty years. After work, he stops at the same bar to have a few beers before going home. If anything hasn’t gone “his” way at work or if his wife doesn’t have a delicious meal prepared by “dinner time,” she is his whipping boy. (He may lash out at her physically, emotionally, or mentally.) If he is in good spirits after “roughing her up a bit,” he might stop there. But when she’s “particularly annoying,” he might slip poison into her nightcap. He complains the next morning about her keeping him awake with her “moaning” and trips to the bathroom. “A woman like that is hell to live with!” Rocky thinks to himself—the same words that his child and spouse-abusing dad used to say about Rocky’s mother. Viewing television is Rocky’s great escape. Boxing matches and horror films are his favorites. While these may seem like choices, he is compelled to watch scenes that resemble the brutality of his upbringing. 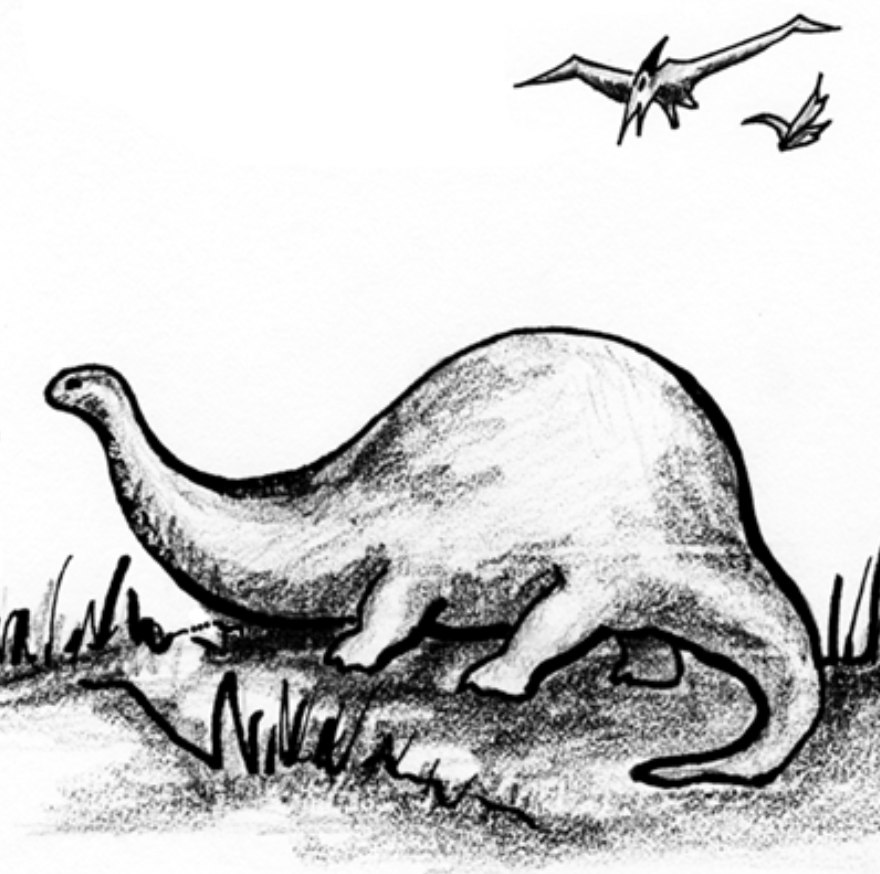 Minerals takes us back in time, as they always prioritize what is inanimate, whether objects, schedules, money, or their own traumatically-induced programming. Meanwhile, they scorn, exploit, or otherwise harm human life. They can be found running corporations where each worker is underpaid, overworked, and treated more like factory equipment than a human being. Minerals may be ministers who relentlessly use their congregations for their own gains. In whatever aspect of society they are found, Mineral-stagers consistently create personally profitable programs, in which they misuse and abuse their fellowman. They give these programs attractive names, however, such as “healthcare.”
Minerals can express their violent natures internally as well as externally and unconsciously as well as consciously. For example, a person may succumb to an excruciatingly painful and grossly debilitating disease, when a Mineral part of them is surfacing in their consciousness. When people regard their illnesses as “happenings” in which they have no choice, they are showing a Mineral mentality. 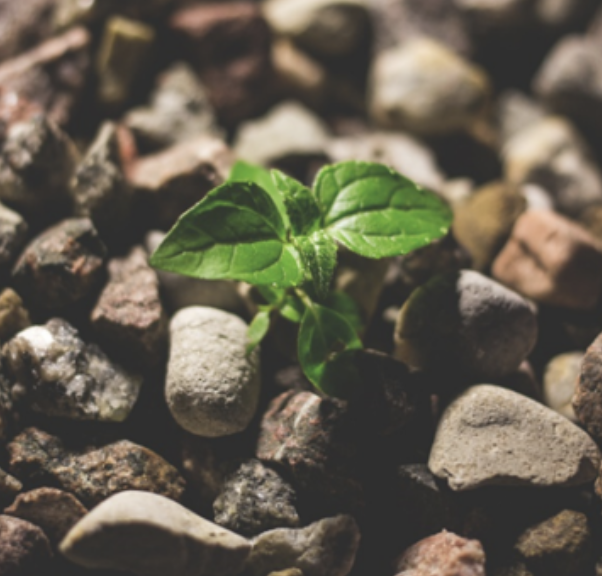 Those stuck in the Mineral Stage are extremely defensive about their devastated psychological condition. Their reactions to offers of genuine help are a verbal or behavioral, “No!”–the same response that their caregivers gave to meeting their psychological needs throughout childhood. Unfortunately, such reactions keep them stuck in the Mineral Stage. Only when they realize they have choice and budge from their fixed, traumatically-frozen stance, do they progress to the Vegetable Stage of psychological development.

Focus—”MY” path! Theme—”I choose!” Vegetables believe, “I alone create my special destiny, and I am the star of my show. I choose the ‘good’—what gets me what ‘I’ want. I reject the ‘bad’—what interferes. What I choose is none of YOUR business! But YOU need to…” As much as the Vegetable may think that she is making her own choices, she judges by appearances and largely acts from her environmental programming and conditioning.

Hiding under the grandiose and fanciful delusions of the Vegetable Stage are traumatized psychological infants. Since the vast majority of people are unaware of their “infant” parts, these parts remain in largely frozen traumatized states, which I refer to as Vegetables. While they received the basic physical nutrition they needed to survive, they were denied human psychological nutrition. Their caretakers fed them character roles and story lines rather than admitting the truth of their traumatic experiences and giving them what they needed to work through them, such as counseling from someone in a more advanced developmental stage.

Vegetables attach to people’s facades–the images they put forth. They are stuck playing character roles and telling stories of good and evil, or some other black and white theme. While they hold themselves in a positive light, the wounded human “infants” that they have pushed aside to keep up appearances act out the negative reality of their lives. With such polar restrictive movements, resulting from their own split minds, Vegetables cannot venture beyond their traumatic avoidance and reenactment patterns. They endlessly avoid what reminds them of their traumas, or they reenact these traumas themselves.

The Virtual Reality of the Vegetable: Fern is a bubbly, energetic woman in her thirties who dresses beautifully. She spends a lot of time and money on making herself look good. She desires attention for her role as an “activist”—encouraging people to vote. In her mind, she delineates everyone into two camps. Voters are “good people” who love their country and care enough to act on their right to choose their leaders. Nonvoters cause all the problems, in Fern’s opinion. “When leaders feel that no one cares, then of course, they won’t do their best!”

Fern has cast herself as a patriotic person who is making real change in her district. In reality, she lives in a fantasy world. She believes that each individual’s vote counts when the computerized voting in her area is rigged. She is supporting a corrupt system and wasting people’s time. Her efforts could be better spent learning to stand up to the corruption, outside and within, rather than pretending the crooked system works and encouraging others to participate.

Because the Vegetable has no ability to see past the thin veneers of “help” and “healing” put forth by those in the Mineral Stage, she believes the pretty pictures they paint and the fictional stories they tell. She contributes to their pillaging programs, encouraging others to do the same, happy to be supporting a “worthy cause” (notice the “infant’s” limited vision and erroneous labeling based on superficial appearances). 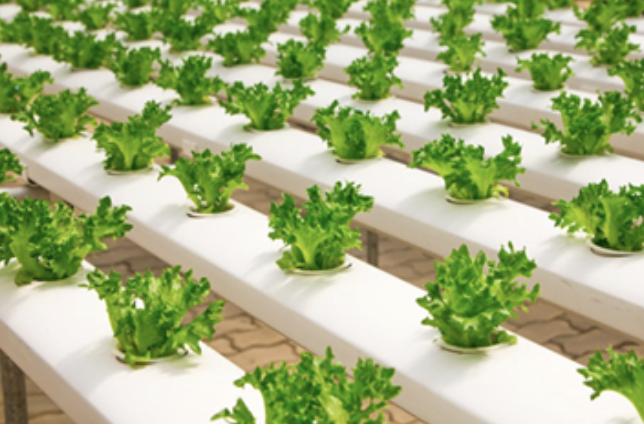 Vegetables use a host of defense mechanisms which distract them from awareness of reality and shield them from those more evolved than they who speak the truth. All these learned defenses keep Vegetables from releasing their tight grasp on their characters and stories, which would give them the mobility of heart and mind necessary to enter the Animal Stage.
Jala ad-Din Rumi, The Masnavi, Book 3, STORY XVII, The Vakil of the Prince of Bokhara:

“I died from minerality and became vegetable;

And from vegetativeness I died and became animal.

I died from animality and became man.

Then why fear disappearance through death?

Next time I shall die

After that, soaring higher than angels –

What you cannot imagine,

I shall be that.”

Art of the Heal

We are a FREE boots-on-the-ground healing community.
We share healing tools to address the needs of body and soul.
We work together with the goal of returning to health and wholeness.
We are also striving to maximize our impact on our communities and nation.

What is a soul gardener? 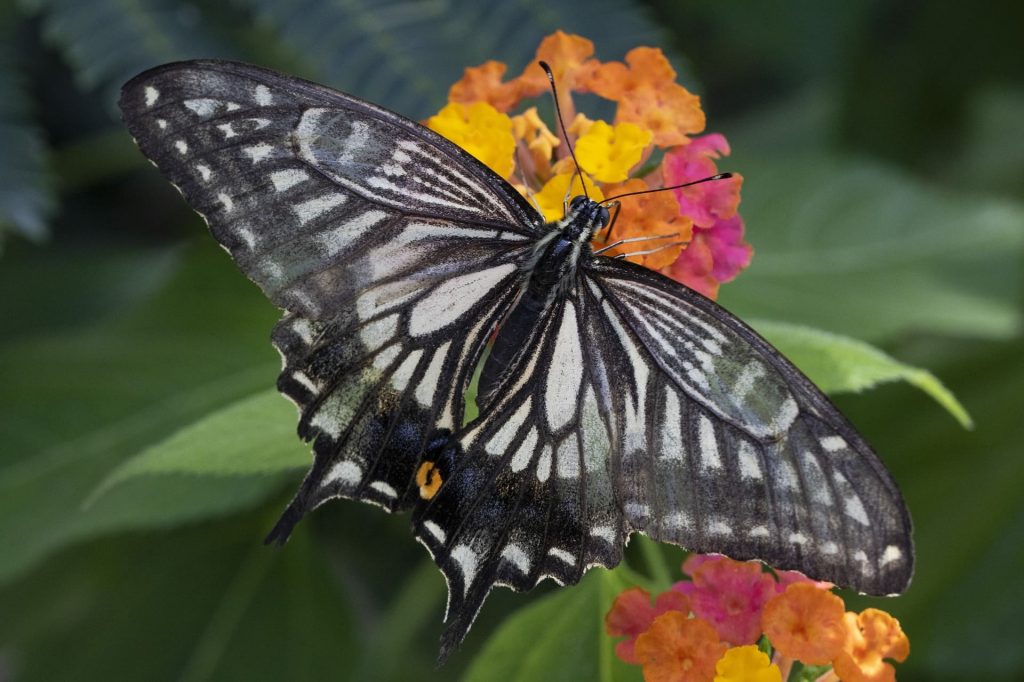 For much of my life, I’ve enjoyed growing fresh vegetables and herbs as well as plants that feed butterflies, hummingbirds, and nature in general. I find many similarities between gardening plots of land and tending the various aspects of our psychology that together comprise the soul. I call myself a soul gardener because I help you to get the soil of your psyche in good condition and to care for your plants that are in need. As the garden of your life becomes increasingly bountiful and beautiful, others will naturally follow your inspiration.